Mark Twain was supposedly fond of saying “I was seldom able to see an opportunity until it had ceased to be one.” I don’t claim to be prescient most of the time, but when it comes to ridding the Kenai Peninsula of Elodea, the first submerged freshwater invasive plant to make it to Alaska, I’m pretty confident that we have only a very small window of opportunity.

About this time last year, Elodea had been discovered for the first time on the Kenai Peninsula in Stormy Lake (400 acres), with a single fragment found on the shores of Daniels Lake (620 acres). In February, we returned to Daniels Lake to confirm that Elodea was growing there with an ice auger and a modified chimney sweep as our sampling device. We returned by boat in late May just after ice-out to better assess its distribution in the lake. ….

The District is one partner of the Cooperative Weed Management Area, the multi-agency group that is directing elodea detection and eradication efforts on the Kenai Peninsula.  Read the rest of the article here. 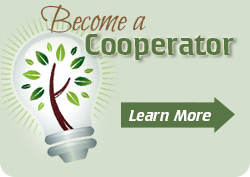